Continuing a legacy of giving 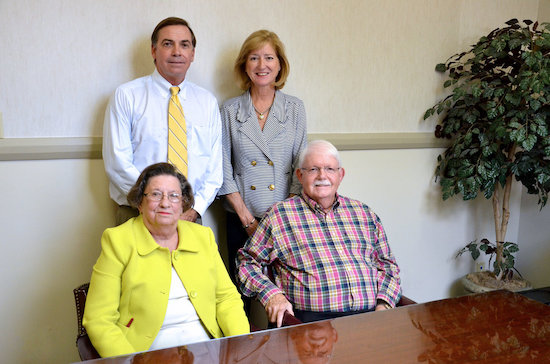 Family, education, sports and a dedication to service seem to sum up the most important things to a man who gave of his time and resources to make his community a better place.

The family of H. Grady Moore Jr. honors his legacy by establishing an endowed scholarship in his memory. The H. Grady Moore Jr. Memorial Scholarship was created in December 2007 by an initial donation from Nancy Moore and Henry G. Moore III. Female athletes who are enrolled full-time with at least a 2.0 GPA are eligible.

“He wanted to change the future to help students be successful at PHCC,” said Nancy, H. Grady Moore’s daughter-in-law. “Grady believed in education and innovation, and he wanted others to know the value, both educational and financial, of attending PHCC.”

Sports, the entire family agreed, was more than a hobby for H. Grady Moore Jr. – it was a passion.

“He was an avid sportsman,” Nancy said. “He loved to see his children and grandchildren play. There were times that I would tell one of our children we can’t do another sport, and poppa would say ‘I’ll take them.’ Even though he was passionate, he would always say that academics came before the athletics.”

His son, Henry G. Moore III, said his family has really embraced his father’s ideals when it comes to the importance of education.

“Dad was always supportive of everything we did growing up, Henry said. “That also carried over to all his civic involvements. If he was supportive and involved in it, he did whatever he could to make it successful.”

Reed, the brother of H. Grady Moore Jr., operated Service Printing Co. with his brother until their retirement in 1995. “Our father was well-known throughout the community for his service,” he said. “That’s something Grady passed on to his family. He would be very proud to see how this scholarship is helping students.”

His wife Dee said both she and Grady took classes at PHCC and supported the PHCC Foundation in its inception.

“He absolutely loved his job, and he stayed involved in his community,” she said. “I tried to support him in all endeavors and passions, which included PHCC.”

H. Grady Moore Jr. helped to organize the PHCC Foundation, then named the PHCC Educational Foundation, and served on its board of directors from 1981-1986.