A full-tuition scholarship is all it took to help Brian Luckett achieve his dream of attending UVA. 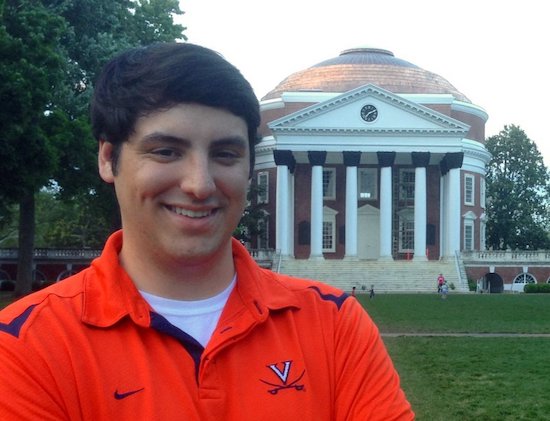 1/1
A 2012 graduate of PHCC as well as a PH Scholar, Brian Luckett is now a student at the University of Virginia.

For Brian Luckett, attending the University of Virginia was out of the question, until he learned about the opportunities at Patrick Henry Community College. With some nudging from family friend Kay Pagans, PHCC Franklin County Site Director, Luckett became a Patrick Henry Scholar and is now in his final year at UVA.

“It’s like a dream walking on the grounds of the University of Virginia, in Thomas Jefferson’s footsteps,” Luckett said, “and it wouldn’t have been possible without PH and the Foundation.”

Luckett always wanted to attend UVA but didn’t think he had the grades to be accepted. While he was nearing the end of his time at Franklin County High School, where he graduated in 2010, Pagans encouraged him to consider attending PH for two years as a way to jump-start his higher education.

With her urging, Luckett applied for the Foundation’s Patrick Henry Scholarship, was accepted and graduated in 2012 with an associate degree in general studies. He entered UVA the same year as a third-year student. “It was truly a blessing,” he said. “It was only possible because of the Foundation’s scholarship.”

While in high school, Luckett hosted his own television show on Franklin County’s Cable 12, and participated in Skills USA, an organization that partners students, teachers and industry leaders to ensure the development of a skilled workforce. He even assisted in Charles Poindexter’s campaign for delegate in 2011. While motivated and involved, he still felt unprepared for college.

But at PH, Luckett explained, he was able to get a taste of what higher education was like, preparing him for what was to come.

“I equate my experience at PH to when you go to a swimming pool,” Luckett explained. “You never just jump right in – you stick your toe in and get a feel. PH was that feel of what higher education was. [UVA] would have been a shock without it. I’m so thankful that PH gave me the opportunity, and molded me, letting me do what I’ve always dreamed of.”

Now in his second and final year at UVA, Luckett is studying politics and government. He is currently putting his education to work, working with Franklin County teachers and school board supervisors in the hopes of finding a solution to the budget problems.

He is also still involved in Skills USA and has become a state officer trainer for students in Virginia. In addition to these activities, Luckett works in the UVA football office helping with recruitment. He was recently promoted to lead student and is on a special task force for student involvement and game atmosphere, led by Head Coach Mike London.

Regarding his goals after college, Luckett firmly stated that he wanted to return to this area. “My experiences and opportunities allow me to give back. It’s a great honor and privilege,” Luckett said. “I value the people here and value this community. The key is to remember where you come from, and to not take it for granted.”