The Road to a "Better Way of Life"

PHCC served as the gateway for Dr. Melissa Lannom to achieve success. 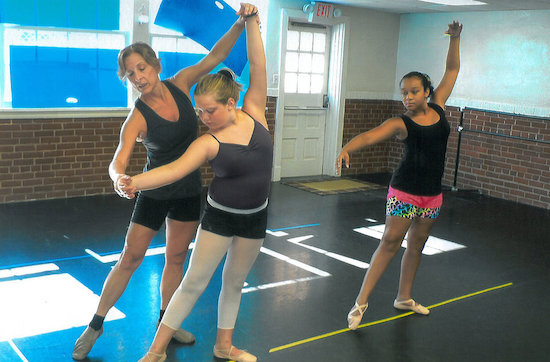 Dr. Melissa Lannom admits freely that at 18 she was not mature enough to enter the real world. Her parents, both high school dropouts, knew the importance of education and so they made a deal – “if you’re going to live in this house, you’re going to go to school.”

So after graduating from Bassett High School, Lannom enrolled at Patrick Henry Community College where she discovered her “calling.”

“Education was so important to my parents since they didn’t have any,” she explained. “They wanted me to have a better life than they did.”

Her parents hoped she could use PH as a way to decide what she wanted to do with her life, she explained. “My parents did not have the money to waste for me to go to college and major in something, and then change my mind.”

Lannom started at PH on the business major track, but was repeatedly changing course, always focused on her dream of becoming a professional dancer.

“When I started school, all I wanted to do was be a dancer,” Lannom said, “but the starving-artist lifestyle was not for me. My parents taught me that you work hard for your money,” which was the reason she continued her education in addition to teaching dance at Jane’s Academy of Dance and DeHart Dance Theatre, where she still teaches and dances today.

After four years at PH, she was able to make an informed decision about her career, choosing to pursue a future in teaching. She enrolled at Averett University, and because of all the credits she had obtained at PH, she entered as a junior and was able to focus solely on education courses. She graduated in 1991 with a bachelor’s degree in early childhood education and began teaching a first-grade class at Druid Hills.

“I loved it. You see so much growth in that year,” she explained, “ABCs to reading, writing and spelling – it was internally rewarding. I knew I had chosen the right profession because I’d leave every day laughing about something.”

Currently, Lannom is a reading specialist at Rich Acres Elementary, but also serves as an adjunct professor at Longwood University and an assistant professor for the School of Education at Liberty University, fulfilling her “calling” of teaching.

“We have to communicate to the public that an education is a better way of life,” Lannom urged. “There are no excuses for you not to have a successful life. Patrick Henry is a crown jewel; it is a start of a successful adult life.”

Looking for a successful life? Apply to PHCC!