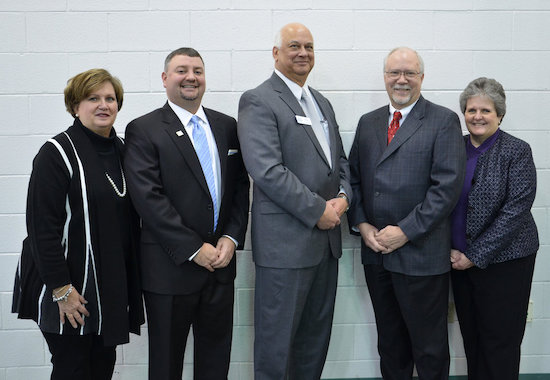 The Patrick Henry Community College Foundation Board has approved a new slate of officers moving forward into 2015.

Haley has served on the foundation’s board since 2010. He also is president and chief executive officer of River Community Bank, and he serves on the board of directors of the Virginia Bankers Association, as director of the Bassett Historical Society Foundation and director of the Patrick County Economic Development Corporation.

Purvis has been a member of the foundation board since 2012. He currently works for American Home Furnishings Alliance as the division association director and fills a number of other roles within the company. Purvis also has assisted in developing curriculum for various programming at PHCC.

In addition to his professional affiliations, he also is a member of various community choruses, Chatham Heights Baptist Church, the American Institute of Professional Bookkeepers, Society for Human Resources Management, and the American Production and Inventory Control Society.

Allen has served on the foundation’s board since 2009, previously as its secretary from 2011 to 2014. She presently serves as the finance manager for Piedmont Arts and executive director for Christmas Cheer of Martinsville and Henry County.

She also volunteers for and/or is a member of the Charity League of Martinsville and Henry County Inc., Boy Scout Troop 326 and the Patrick Henry Chapter of Daughters of the American Revolution.

Eason has served on the board since 2010 and moved to Martinsville in 1992 from her hometown Winston-Salem, N.C. She is married to Dr. Paul Eason, a physician with Carilion Clinic, and has two children.

She received her bachelor of science degree in medical technology in 1975 and her doctor of medicine degree in 1988 from the University of North Carolina at Chapel Hill. She was employed as an outpatient psychiatrist until 1997.