Mrs. Stone was a 2010 recipient of the Virginia Community College System’s (VCCS) Chancellor’s Award for Leadership in Philanthropy 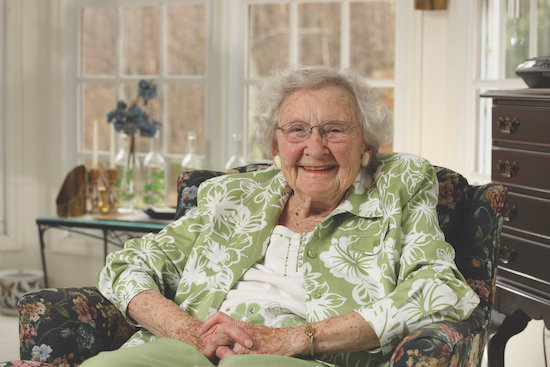 Ivey Stone of Martinsville, who was remembered as a quiet, behind-the-scenes philanthropist, passed away on Monday, November 30. She was 96.

Mrs. Stone and her family have "been very instrumental in supporting Patrick Henry Community College and its mission in the community," said Chris Parker, PHCC Vice President for Institutional Advancement and Campus Life. "They established the William F. Stone Memorial Scholarship" in 1985, "and contributions are still being made today. The scholarship pays out several thousands of dollars a year."

Mrs. Stone and her family were honored as one of the recipients of the Virginia Community College System’s (VCCS) Chancellor’s Award for Leadership in Philanthropy in 2010. The Stone family was recognized as a benefactor of Patrick Henry Community College for their exceptional financial support and the efforts by Senator William F. Stone in creating the college itself in 1962. PHCC’s gymnasium building was named “William F. Stone Hall” in 1974 and dedicated to the memory of the late Senator. Mrs. Stone also supported the William F. Stone, Sr. Memorial Endowed Scholarship.

After receiving the 2010 Chancellor’s Award, Mrs. Stone emphasized the importance of community colleges when she was interviewed about the award. “There’s a great need for community colleges,” she said. “So many people don’t have the opportunity to attend college because they can’t afford it, but we need as many people as possible to obtain a college education. For some, community college is the best and only option.”

She was also involved in many community groups and charities, including being the past president of the Charity League.

"Her personality, her commitment to this community are what people should admire her for," Parker said.

The Martinsville Bulletin contributed to this article.