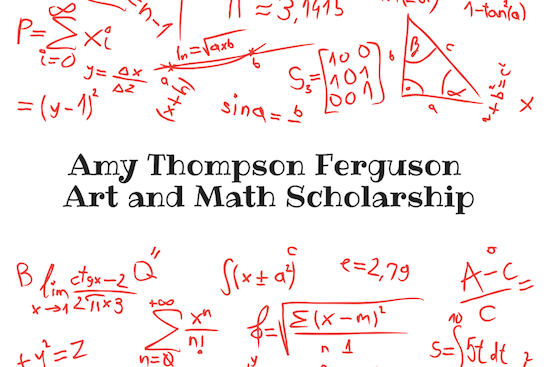 MARTINSVILLE, VA – A small group of retired educators are banding together to establish a scholarship in memory of their friend and former colleague, Amy Thompson Ferguson. Ferguson passed away earlier this year due to complications from COVID-19. For 32 years, Ferguson taught 6th and 7th grades at Carver Middle School and Fieldale-Collinsville Middle School. The scholarship, which is being seeded with a $250 donation by Ferguson’s friends, will be awarded to a student pursuing a degree in either math or art. The donors chose these two majors because both disciplines were close to Ferguson's heart. While she was a math instructor, she also raised two girls who are now teaching in art in Richmond, Virginia.

The retired teachers who are spearheading this effort are Kathy Thacker, Cindy Boyles, Amberlyn Sordelett, and Sybill Landreth. These ladies worked in the school system with Ferguson before her passing and were a tightly-knit group.

“Not only were we all teaching colleagues, but we also became close friends," said Landreth. "Amy had that effect on people and students alike. She wrapped you up in her love and caring.”

The organizers say that this scholarship will allow Ferguson’s heart for her students to continue. For many students, $300 could help cover extra expenses or unexpected costs that might otherwise hinder them from completing their education. This scholarship will allow Ferguson’s legacy of helping students achieve their goals. The organizers chose to donate the money to Patrick & Henry Community College because the family has many ties to the college. Amy Ferguson and both of her daughters attended P&HCC and her husband, Randy, has worked for P&HCC for more than a decade.

“Amy gave to the community with her teaching, her coaching, and her support of the community college. She would want students to have the opportunity to follow their dreams,” says Landreth.

This group’s goal is to raise at least $2,500. However, with enough support, their dream would be to endow the scholarship which would require $25,000.

To raise the funds, Landreth says they “are asking each person who knew Amy or whose child was taught by her and each person who knows Randy or their girls.” She says with enough support, “our goal to reach out to students struggling financially will happen.”

The P&HCC Foundation is accepting donations for the Amy Thompson Ferguson Art and Math Scholarship. Donations can be made online or by cash or check to the Patrick Henry Community College Foundation. For additional information, call (276) 656-0250.