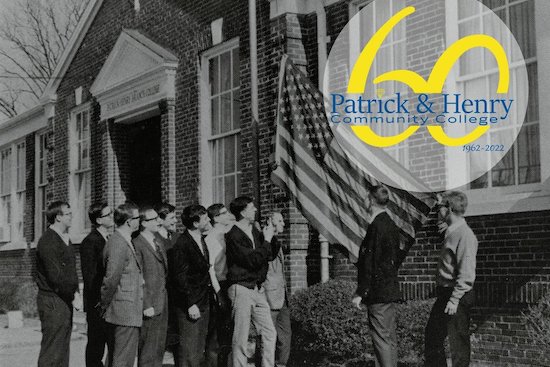 1/2
This image is P&HCC's original location on Franklin Street in Martinsville. 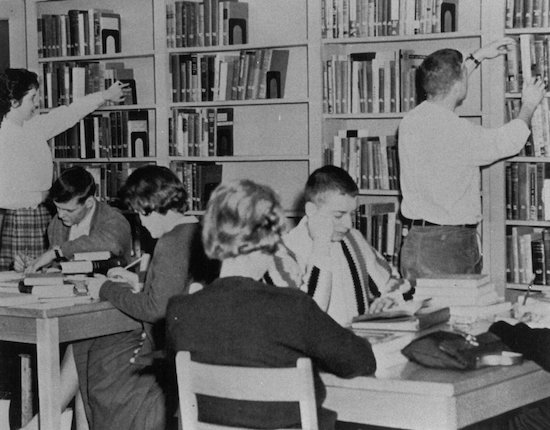 2/2
Pictured are some of our first students as they study in the library.

Martinsville, VA – For Patrick & Henry Community College (P&HCC), 2022 will be a year of celebration. This year marks P&HCC’s 60th anniversary – a milestone traditionally known as the “Diamond Anniversary.” College officials kicked off the celebration during two start-of-the-semester addresses –the first to employees and the latter to students and community members via Facebook Live.

“So much has happened over the last 60 years --so much worth celebrating,” says Dr. Greg Hodges, P&HCC’s President. “We’ve come such a tremendously long way from our first graduating class of 28 students. We are now an internationally recognized premier training and education facility and a major proponent for the economic renaissance of our region. My predecessor, Dr. Angeline Godwin, used to say ‘there is not a place you can turn in this town and not see the thumbprint of the college.’ It’s been an incredible 60 years, and I am convinced this is just the beginning.”

The college was founded in 1962 as a branch school of the University of Virginia. Almost a decade later the college joined the Virginia Community College System as one of the state’s 23 community colleges. Throughout every change over the last 60 years, the college has remained a center for learning and growth for this community. Thousands of Martinsville, Patrick, Franklin, and Henry County residents have benefited from the college’s many offerings–whether by getting a degree or credential that led to employment, getting entrepreneurial advice that led to a successful business venture, or simply enjoying a Patriot Players production. The number of lives that this community college has touched over the last 60 years is incalculable.

To celebrate its Diamond Anniversary, the college is planning activities and events throughout the year, including a birthday party in March in recognition of the House of Delegates passing an appropriations bill on March 5, 1962 which officially established the college. Additional events include a special 60th anniversary themed season of Patriot Players productions (which will be announced soon), a homecoming tailgate event for students, alumni, and community members in early fall, as well as a Diamond Gala event in late fall.

Outside of these larger events, the college will be commemorating the milestone throughout the year on its social channels and on a special 60th anniversary website. Alumni, community members, and businesses will have the opportunity to participate in the anniversary celebration, learn more about the college’s history, and recognize their friends and loved ones who are making a difference in their communities after getting their start at P&HCC.

“We know there are numerous success stories out there, from both students and businesses alike, that highlight the true impact Patrick & Henry has had in this community,” says the Director of the P&HCC Foundation, Tiffani Underwood. “Whether P&HCC is where you got your start, or it’s where you changed your career and your life, we want to hear from you.”

To share a success story or to learn more about P&HCC’s 60th Anniversary, visit https://www.patrickhenry.edu/60/