Patriots From Around the World 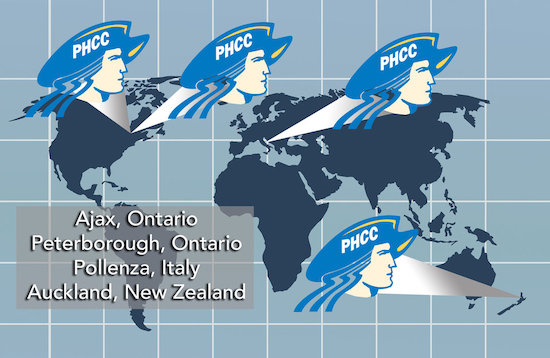 Lucas Donovan, of Ajax, Ontario, and Eric Scott, of Peterborough, Ontario, are both freshmen recruited to play on the PHCC Baseball Team. Alessandro Brachetti of Pollenza, Italy, plays on the Men’s Soccer Team, and Caitlan Tuala, of Auckland, New Zealand, play’s Women’s Basketball.

While students are typically from Martinsville, Henry County, Patrick County and Franklin County, student-athletes are recruited from all over the state, surrounding states and even other countries, said Kathleen Brown, Athletic Director and Coordinator for International Students.

"The international students that we are able to bring here give their teammates and the other students on campus a different cultural viewpoint and make all of our students more well-rounded," Brown said.

PHCC was the first in the Virginia Community College System to launch an international athletic program, and many others have followed this lead.

It was the reputation of PHCC’s athletic program that attracted both Donovan and Scott.

"I knew Coach Jones was a good coach, and after visiting other schools, I liked PH the best," Scott said. "It was one of the nicest I’ve seen and it had a good reputation."

Donovan explained how he had attended a baseball camp at James Madison University, and it was there that he learned more about PHCC and decided to use it as a stepping stone for his athletic career and higher education.

"My hopes for the athletic department," Brown said, "is that we end up being a nationally recognized program that students from our service region and state strive to be a part of."