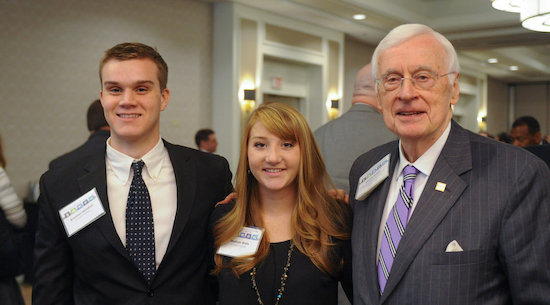 The VFCCE distributed more than $350,000 in scholarships this year to students from across the Commonwealth.

The Commonwealth Legacy Scholarship Program, with 25 recipients this year, was established in 2006 through the generosity of longtime partners Wells Fargo and Dominion. The scholarships recognize students from across the Commonwealth who have demonstrated academic excellence during high school as well as a commitment to developing leadership skills. Each scholarship bears the name of one of many philanthropy leaders who support Virginia’s Community Colleges.